So, I signed up for a half marathon.  I have been consistently running for almost 7 years at this point and how I’ve never run a race is anyone’s guess.  But that doesn’t make me feel like any less of a runner.  Recently, my boyfriend got me a copy of Alexandra Heminsley’s book “Running Like a Girl”.  To be honest, I didn’t think I would like it nearly as much as I did.  In fact I devoured the book.  It is the perfect read if you’ve ever had any questions about running.  If you’ve never run more than your gym class mile as a kid or if you’re a consistent runner averaging 50 miles+ a week, you can still get something out of this read.  I found myself jotting down quotes and passages as I went along just because they were so inspiring and really motivating.  So much so that when I finished the book last night, I decided I was going to finally bite the bullet and sign up for a half marathon.  Philly Love Run, I’m coming for you. 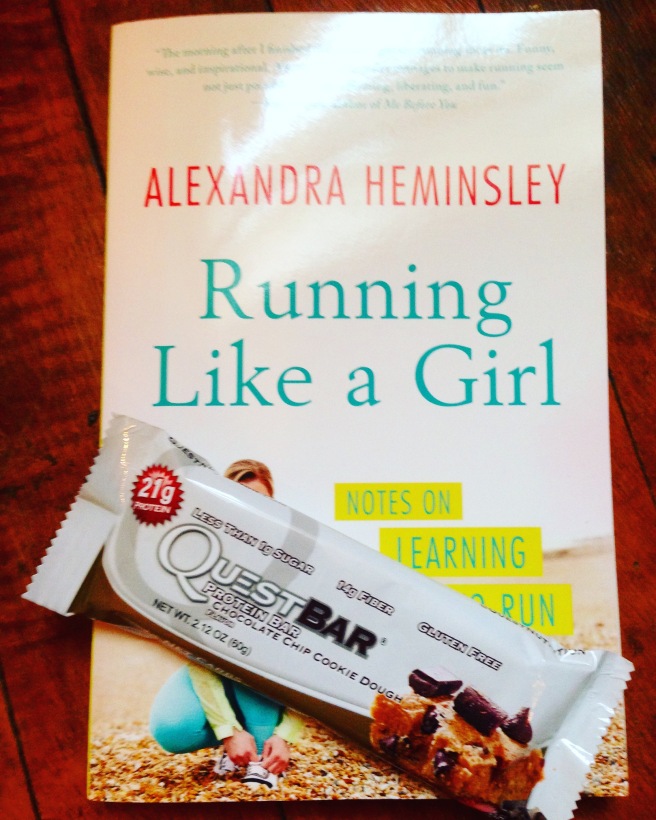 I get asked often questions about running especially by people who are just starting out and I’m always more than happy to answer, so while I’m getting my training for the half done, I’m going to be putting together a series of Running 101 posts to help new and experienced runners alike.

By far the hardest part about running is starting.  When I first started, I had only ever run in school when we had our mandatory mile.  In middle school, I would get wicked heel spurs and find any way I could to get out of running.  It never worked and I always would get stuck plodding around the track for some laps while my lungs burned and I cursed the day the mile was ever invented.

Enter college.  I went to the gym 4-5 times a week, but refused to run.  The memories of gasping for air, beet red faces, and excruciating boredom kept me from running at all.  After awhile, I had been elliptical-ing and working on my cardio endurance and getting pretty bored with just biking and walking, so I decided I would give a run a go.  I saddled up onto the treadmill and picked a song to run along with.  I ran and ran and hated every second of it.  After I was sure at least 30 minutes had passed I pressed stop only to be met by a flashing red workout summary that totaled my distance at .6 of a mile.  Awesome.  I was disheartened to say the least and decided that I wasn’t a runner and this wasn’t for me.

A couple weeks later, I went and tried again.  And you know what?  It wasn’t nearly as bad and I actually finished a full mile.  Was I going at a snails pace?  Probably slower to be honest, but I had done it.  And I haven’t stopped since.

That first run is a right of passage.  I’m going to be the first to tell you, it’s probably not going to be that fun.  It’s probably going to suck.  But I assure you any run from there on out will be a whole heck of a lot easier.  My advice: walk where you want to run a couple times first.  If you really like a particular trail, walk around it a couple times and then one day, let it all go and run it.  You know what’s there and what you’re going to run in to, but it’s such a different experience when you run past it all. 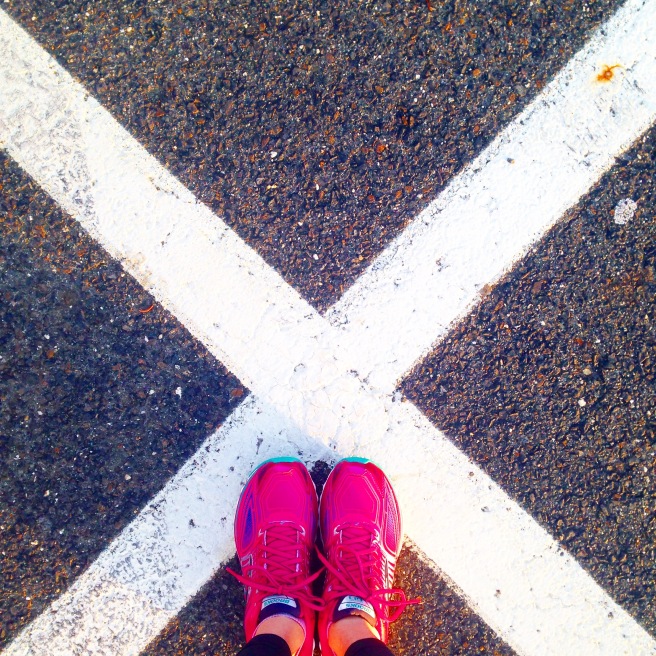 Tips for just starting out:

You can do it if you decide you want to.  Lace up your shoes and get out there because why not?

Workout: Run/Walk for 20 minutes in an area you love.

One thought on “running 101: getting started.”