This workout week has been something.  I took Saturday as my rest day this week, but still ended up walking a couple miles at my boyfriend’s jiu jitsu tournament because the campus where it took place was beyond beautiful.  Why is it that scenery plays such a large part of motivation to get moving?  In between his competitions, I would plug in my headphones and just go for a walk among the rolling hills.  It was the most serene feeling in the world and much more enjoyable than just sitting on my butt waiting.

The campus sat on a hill overlooking this bay and I just couldn’t get over it.  The next day, I was feeling rejuvenated from my rest and decided to go for a run.  7 miles later I felt on top of the world.  I hadn’t meant to go that far, but I was just wrapped up in the good feelings and that was that.  Well, not exactly that because I had my BBG Philly Meetup to get my butt to!  I am loving these meetups.  Some of these girls are the most inspiring, incredible, kind girls I’ve ever had the chance to meet, so when they had a redo of last weeks’ snowed out get together, I jumped at the chance.  The workout was 30 whole minutes of awesome death.  My legs were feeling it in the best possible way and even more so the next day.  I took the opportunity to sooth my legs by just focusing on my arms on Monday, but by Tuesday I was done. 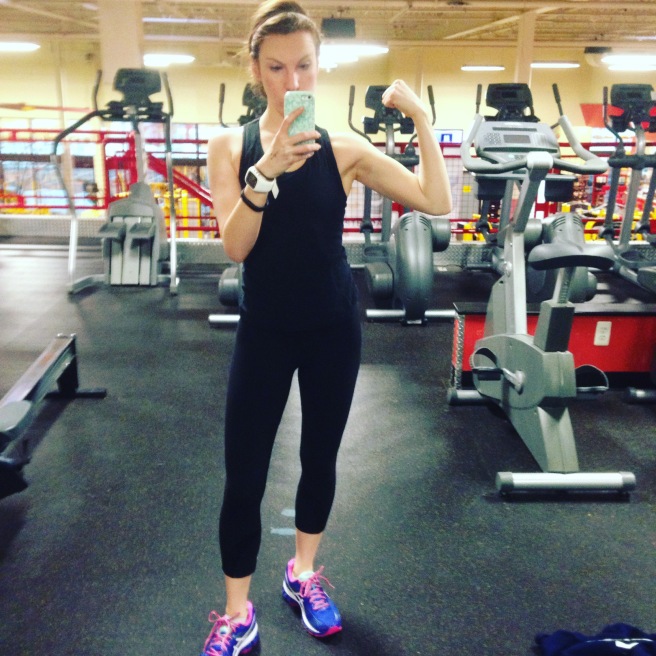 Fast forward a couple hours later and my lunch break was quickly approaching and all that was on my mind was “Maybe I could just hop over to the gym for a quick run”.  I work from home, so when I decided to take lunch, I changed into my workout gear and headed for the door.

The run felt amazing.  I felt strong and powerful and speedy to boot.  Then I got to thinking.  Sometimes it’s important to train on tired legs, especially if you’re training to run further distances and for longer periods of time.  You need to get used to that feeling of your legs and lungs being heavy and really working to produce each step.  The last thing you want is for this feeling to be unfamiliar when you need it most.

When you’re training for something, you’re often working your body in a million different ways and you can’t expect to be on your A game every single time you go out there.  But it’s these tired workouts that change us.  The ones that you don’t really want to do, but you do anyway and you walk away feeling like you’ve overcome everything.  You talk back to that voice in your head saying “just quit already” and you say, “I’ve got this”.

More than a physical obstacle, running on tired legs is in a whole nother mental ballpark.  Working out can be mentally challenging in a lot of ways.  I tend to workout alone so a lot of my brain power is spent motivating myself to keep going, telling myself I can do it, and convincing my brain that what I’m doing really isn’t all that crazy.  Training your mind is just as important as training your body if you truly want to be successful.

All this being said, sometimes it’s important to take it easy because injuries are a very real thing.  But, if you want to challenge yourself every now and again, don’t sell yourself short.  Pick up those tired legs and move em a little bit and show that voice in your head who’s boss.